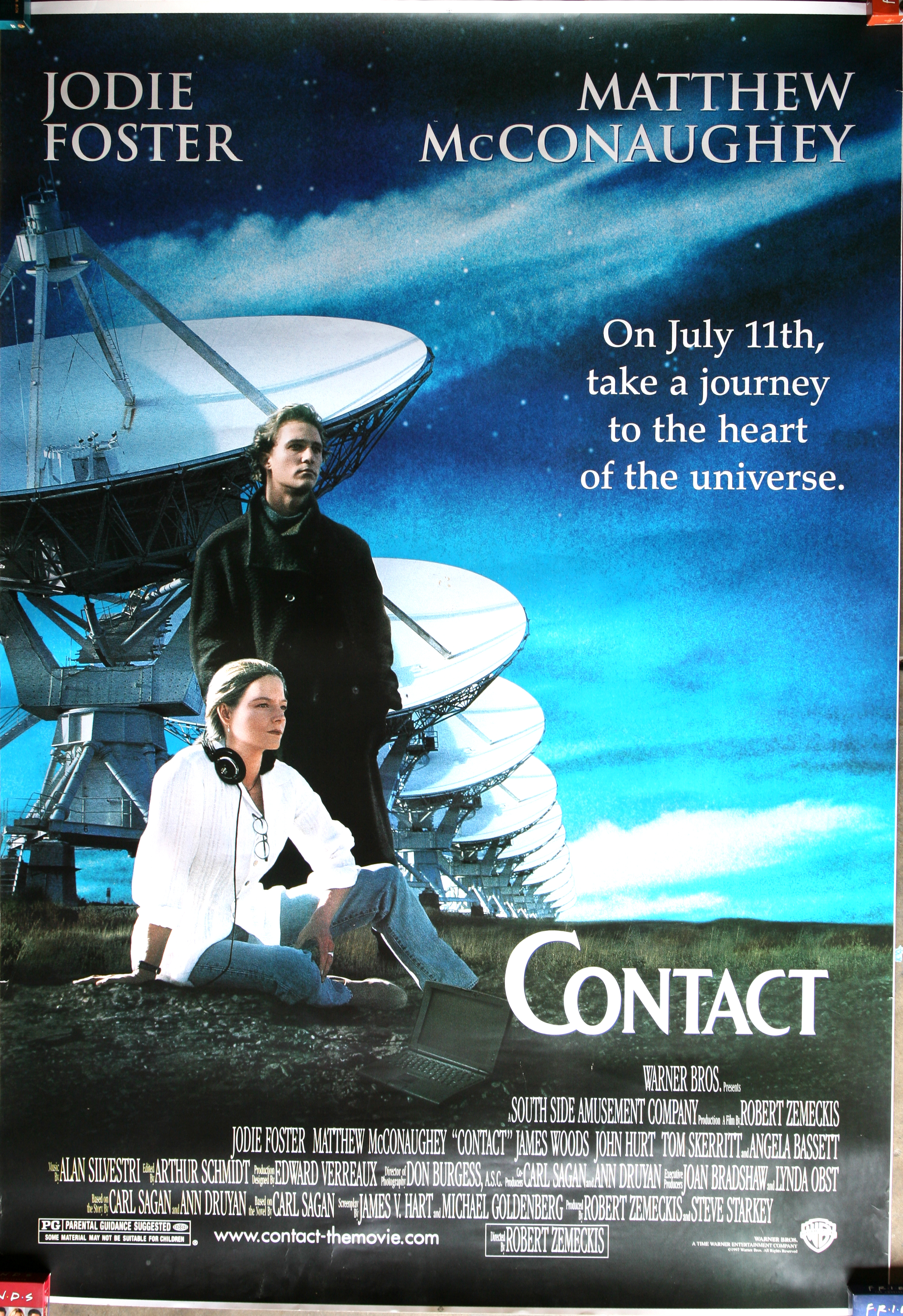 In the film Contact (1997) the protagonist Ellie Arroway makes contact with an extraterrestrial intelligence as a part of the SETI project. She gets plans for a construction that makes it possible to travel to their planets. The vehicle is being built and Arroway is allowed to try it out. What she experiences matches in an astounding number of points with anecdotal reports of the effect of n,n-dimethyltriptamine (DMT) on the human mind. DMT is presumed to be contained in all living beings, which means it is an endogenic substance, and it is structurally simpler than serotonin (quasi not much more than an amino acid). At the same time it is the most psychedelically effective substance through exogenic consumption, and evokes visionary states of inconceivable extent. At a high dose, a so-called breakthrough may occur. In this case, the everyday reality is completely abolished and a new dimension is opened up to the respective consciousness. The best analogy would be a very plastic dream. What is this experience of Ellie, which the DMT travelers can also experience? The following points represent her journey in a chronological order.

It should be noted that such positi

ve experiences with DMT can only be made by those who are willing to let go and surrender to the effect of the substance. The potential reason for so many consistencies can only be explored very theoretically. Perhaps the script writers James V. Hart and Michael Goldenberg were inspired by a DMT experience. The film is based on the novel Contact of the astronomer Carl Sagan, who was known for dealing with the “expansion of consciousness” and the opening up of new dimensions in various forms. Possibly, however, the parallels are also based on the fact that the archetypical structure of a radical psychedelic experience is expressed here. Due to the simple chemical structure of DMT, its global occurrence and its boundary expanding and other psychedelic effects, it is not too far-fetched to consider that this molecule plays a decisive role in the conscious living of our world. Intuitively, the film captures the basic structure of the radical visionary expansion of consciousness that causes exogenously administered DMT in high doses. At the end of the film, Arroway must defend their experience against skeptics. A large part of the people who have had a corresponding experience with DMT can identify with her conclusion, and in principle also everyone who has had a corresponding mystical experience: ” I… had an experience… I can’t prove it, I can’t even explain it, but everything that I know as a human being, everything that I am tells me that it was real! I was given something wonderful, something that changed me forever… A vision… of the universe, that tells us, undeniably, how tiny, and insignificant and how… rare, and precious we all are! A vision that tells us that we belong to something that is greater then ourselves, that we are *not*, that none of us are alone! I wish… I… could share that… I wish, that everyone, if only for one… moment, could feel… that awe, and humility, and hope. But… That continues to be my wish.”

Anecdotal reports of a breakthrough with DMT:

Rick Strassman, DMT: The Spirit Molecule: A Doctor’s Revolutionary Research into the Biology of Near-Death and Mystical Experience. 2001