Elements of the DMT experience in The OA (Pt. II)

This text contains spoilers. It assumes both the reception of the series and knowledge of a terminology related to the DMT experience. N,N-Dimethyltryptamine is an endegenous molecule which, when supplied exogenously, immediately produces deep visionary states and has enormous therapeutic potential, especially in combination with MAO inhibitors.

The Netflix series “The OA” impresses with a complex multiverse story which does not appear to be artificial despite its mystical touch. The series takes place mainly in the everyday world, but structures its plot by excursions into other states of consciousness and creates a synthesis of common reality and mystery. The dreamlike plot structure gives The OA the charisma of a postmodern magical realism. One of its central motifs is the Near Death Experience (NDE). Interestingly, in the second season there are all kinds of aspects that are also subjectively experienced in the DMT experience. In this respect, the series can serve as a template for overlaps between the NTE and the DMT experience. The following is an overview of some aspects. 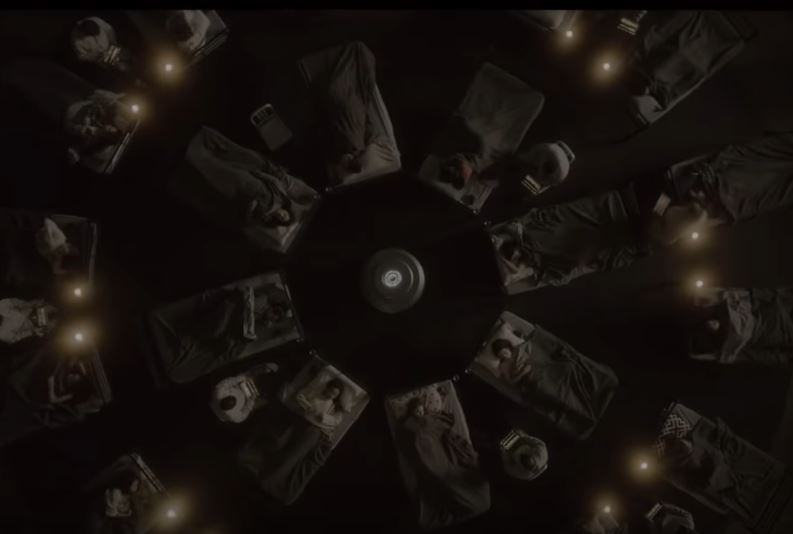 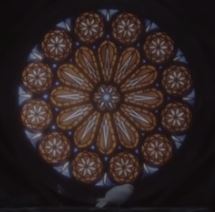 as the Chrysanthemum because it resembles the optics of the Chrysanthemum. In The OA Pt. II corresponding patterns are found at central locations. The room in which the dreams are recorded that play a central role for the end of the season is set up accordingly, as is the lead-glass window through which Karim, the chosen one, opens the portal to another dimension and saves Michelle. The organisation of these patterns expresses a unity that is exorbitantly formed in different forms for which fractal self-similarity is the basis. The window illuminates the attic and is centrally located at the frontal top of the house. A house is often a metaphor for the psyche. According to the chakra concept, the window is in the same spot as the forehead chakra. This so-called “third eye” is often associated with the visionary states of the DMT experience. At the end of the second season, the window becomes Karim’s “third eye” when he looks into the dimension from where he rescues Michelle. His strange wanderin through the house could be broadly interpreted as his kundalini process which finally results in the opening of the “third eye”.

Karim encounters an excerpt from the poem “Little Gidding” by T.S. Eliot in the house.

We shall not cease from exploration,
and the end of all our exploring will be
to arrive where we started
and know the place for the first time.

The first line corresponds to the fact that the DMT experience is not a delimited territory whose exploration could come to a definite end. Like life itself it is infinite in its variants. Even more significant is the realization that the end of all exploration means arriving at the place from where it all began. This corresponds to the phenomenology of a full nondual experience beyond a pure breakthrough experience. Under DMT this “place” is not experienced regularly, it is what 5-MeO-DMT, another enogenous psychedelic tryptamine, provides under the term “full release”: Pure self-realization. It is the cessation of the illusion of separation that leads to the realization that there is never anything other than the one true self. The nondual aspect also comes into play in other places when dissociative states are abolished, for example when Prairie integrates Nina. Relevant in this context is also the recurring emphasis in the series on the balance between good and evil: Prairie, for example, discovers parts of Hap in herself and the unknown traveller makes a gift to both for the reason of balance. 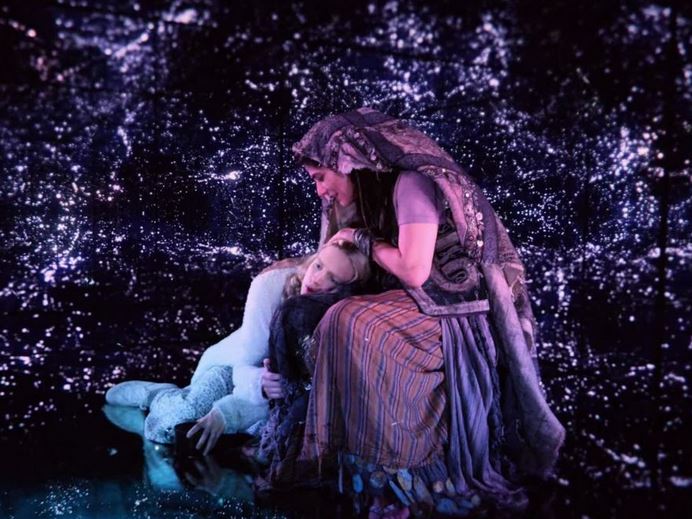 the value occurs. Accordingly, every possible process would give rise to every possible possibility of the process as a world. The OA puts the theory of many worlds into practice: the figures travel into and through different dimensions, which are nothing more than different designs of the earthly world based on the bifurcation of possibilites. Several times the protagonist enters a transcendent intermediate dimension that allows an overview of the earthly world. Many people tell of their DMT experience as a journey into another dimension. Sometimes lifelike entries into another terrestrial scenery are described, as the figures of The OA experience it in their NDE. But more often the entry into a dimension that seems to transcend death is experienced. Such a transcendent dimension, which overlooks the parallel universes, is entered by Prairie several times.

It is common for people to report that they have had nonverbal contact with an entity within their DMT experience. Such entities are often endowed with great wisdom. It remains to be seen to what extent the consciousness here communicates with previously dissociated parts of itself. In any case, this aspect of the DMT experience also plays a role in The OA. In this transcendent dimension Prarie meets Kathun. She seems to monitor the transitions between life and enables Prairie to return to her old life. At the second meeting Kathun hands over a dove to Prairie, which symbolically stands for one of the five movements, which in turn are decisive for the journey between the worlds. Another entity, also endowed with great wisdom beyond linear time, has the nickname Old Night and the appearance of a giant octopus. Prairie meets him just as unexpectedly and spontaneously as the DMT-induced entity experience is unpredictable.

Rick Strassmann, whose famous book nicknamed DMT the “Molecule of Consciousness”, formulated the theory that endogenous DMT is related to the biochemistry of dreaming. Both the aspect of consciousness and the aspect of dreaming are relevant to the plot of The OA. Hap speaks explicitly in the second season that the point is to unravel the mystery of consciousness. After all, it is consciousness that penetrates all dimensions or makes them possible in the first place. Dreams, on the other hand, are primarily a means of precognition in the series and are therefore not subject to linear time. This corresponds to the DMT experience, which consistently annuls and transcends the usually experienced space-time.

The near-death experience as a central motif

“People who have come very close to death report feelings of inner peace, out-of-body experiences, journeys through a dark region or “emptiness” (usually associated with a tunnel), and visions of a bright light. Some also claim to have entered a “supernatural realm” and communicated with particularly sentient “beings” there. […] So-called near-death experiences, occasionally reported by patients after successful resuscitation of a cardiac arrest, were triggered by DMT in a randomized study in Frontiers in Psychology (2018) […] . “

The extent to which the authors of The OA are actually inspired by DMT remains open. The respective elements are so subtly incorporated into the story that they can not definitely be explained as to be based on a DMT experience. Especially the similarities between the DMT experience and the NTE might suggest that the authors drew their inspiration mainly from NTE reports.